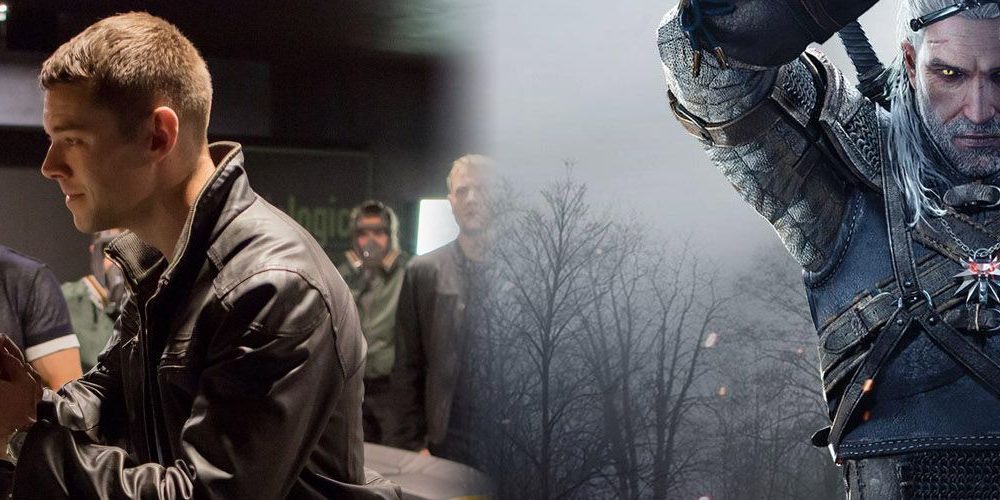 After a few years of talking (and arguing) about diversity, it seems we've finally reached a point where we can see what the end stage of the pursuit will look like. On the one hand is Sense8, a TV show starring people from all over the world, and on the other, a fantasy tale born from Polish culture and folklore.

I remember watching The Matrix for the first time as a young boy. As you would expect, I found it to be extremely cool. Aside from the wicked action scenes, it actually featured a main character who was into computers, something which was considered seriously uncool at the time. As I grew older, and kept rewatching the film, I started to pick up on the philosophical and societal aspects of the story, too.

However, later efforts by the Wachowskis weren’t as impressive. I probably wasn’t the only one thinking they may have been a one-hit wonder. However, now that I’ve seen Sense8, it seems the creative duo has done it again.

Apart from being just generally great, Sense8 is also a beautifully diverse TV show. The main cast, eight people from all over the world plus some friends, boyfriends and girlfriends, is strikingly human. There’s something about every single one of them; they’re all interesting, all from different backgrounds, different sexualities, one of the characters is a trans woman, and even seemingly typical characters are… well, not. (Daniela, for instance, no irony intended.)

This is the first time I’ve seen a piece of media which fully utilises the benefits of diversity. Sense8 doesn’t stop at simply being diverse; it fully exploits all the possibilities offered by having so many different people in the cast. Story arcs become more personal because they respect just how much our own quirks and qualities affect our lives.

I reckon this is about as good as it gets when it comes to diversity in media. And I’ll be honest, it’s better than I expected it to be. I suppose my expectations were sullied by all the times diversity has been attempted poorly or for bad reasons. Not this time. I’m eagerly awaiting the second season.

As I reckon you probably know already, The Witcher 3 is the latest RPG by Polish developer CD Projekt RED, owned by CD Projekt, which runs the gaming distribution platform GOG. It’s based on a series of books by polish writer Andrzej Sapkowski, featuring Slavic mythology and folklore, partly inspired by the fantasy default world of Tolkien.

If you’re at all familiar with the standard fantasy setting, this one won’t make you feel unwelcome, but it is still significantly different from something like Dragon Age. Aside from the various fantasy creatures looking and behaving differently than the most common depictions, there’s a noticeable difference in the game designers’ tone.

In one particular scene, the female lead character Ciri (her card is worth 15 points in Gwent, the same as Geralt’s, which I like to think is the writers’ way of saying they’re equal protagonists) enters a sauna along with two other women, one of whom is aged. There are bare breasts in this scene. This type of nudity is not seen as weird in countries which have the sauna as part of their culture. Add to that the bare butts and boobs present when Geralt acquaints himself with his favourite sorceresses.

Whereas in even the supposedly controversial Mass Effect series, there is effectively no nudity, even in the sex scenes. I have to say, it’s rather refreshing to see video games that don’t treat sexuality as something to be avoided. So far, most of them seem to come from outside the US, although the Americans get points for including some bona fide penis in The Order: 1886.

Nevertheless, the nudity is only one aspect of The Witcher 3 which makes the video game industry more diverse. The entire game is an expression of Poland, a country which has faced a lot of hardship and oppression during the 20th century. Recently, they’ve made great progress in their video game development scene, even going so far as to gift a copy of The Witcher 2 to Barack Obama.

With that kind of respect for the medium, it’s no surprise we’re seeing good things from there.

Our world is diverse

Diversity is about reflecting our world as it is. That means some works will represent many of us, like Sense8, and others will reflect a single culture, like The Witcher 3. Either way, it’s important to remember that diversity is not a scorecard, and a big part of it is learning to enjoy media which is not targeted towards ourselves.

I think we can all relate to other human beings, fictional or otherwise, despite of any cultural, racial or sexual differences. I grew up on a lot of Japanese and American culture, and after I moved to the UK, I discovered that the English people have a lot of their own media, too. All of them are different and I like that they all exist because each offers something the others do not.

Diversity in video games; teaching and tarnishing empathy
Mass Effect 3 ‘An End Once and for All’ piano arrangement