Being a big fan of the title theme of Mass Effect 2, Suicide Mission, I just had to transcribe it and make a video of the sheet music. Given the steady pace and synthesised nature, it went better than I expected. Yeah, this is the track that started it all.

The full score to BioWare’s Sci-Fi Epic Mass Effect 2 is accredited to not only Jack Wall but also Sam Hulick, David Kates and Jimmy Hinson. Since I’m unaware of the full extent of everyone’s involvement in the title theme, Suicide Mission, I’m writing out only Jack Wall but full credit goes to everyone who worked on this.

Mass Effect 2‘s score as a whole is a wide array of semi-orchestral, electronic and ambient tracks that has become somewhat of iconic to the space sci-fi action genre, not only in the instrumentation but also in a certain chord progression found in Suicide Mission. My personal experience with the series aside, it’s become one of the most famous franchises of this decade, and we’re currently awaiting what is said to be the final instalment of the series — and thus Shepard’s final outwitted suicide, or perhaps the first one to actually stick.

The BioWare RPGs have been in the works for years, from titles like the Baldur’s Gate series, Star Wars: Knights of the Old Republic (1 & 2) and Neverwinter Nights, but with Mass Effect came a certain flare to it that’s now being adopted into their Dragon Age franchise, as well, resulting in the community’s dubbing of Dragon Age II as some variation of Dragon Effect. 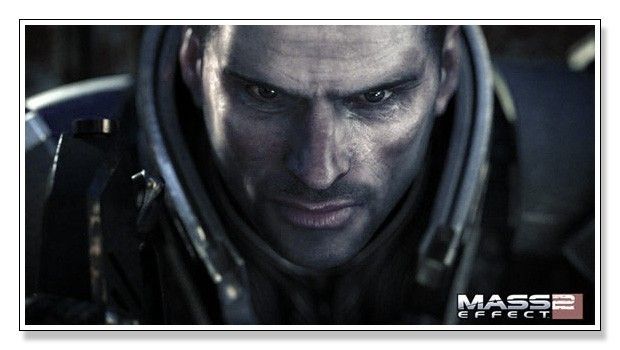 To me, however, Shepard has always been a woman.

Now, let’s take a look at the track Suicide Mission from Mass Effect 2. The entire track sounds sampled with the use of synths (some arpeggiated) to bring in the electronic feel to the track. There are some organic elements present, in particular the brass flares on the sides. When the horns play the lead melody, however, they come off rather strangled of their natural timbre and they sound more like they were synthesised.

All the best,
Daniel