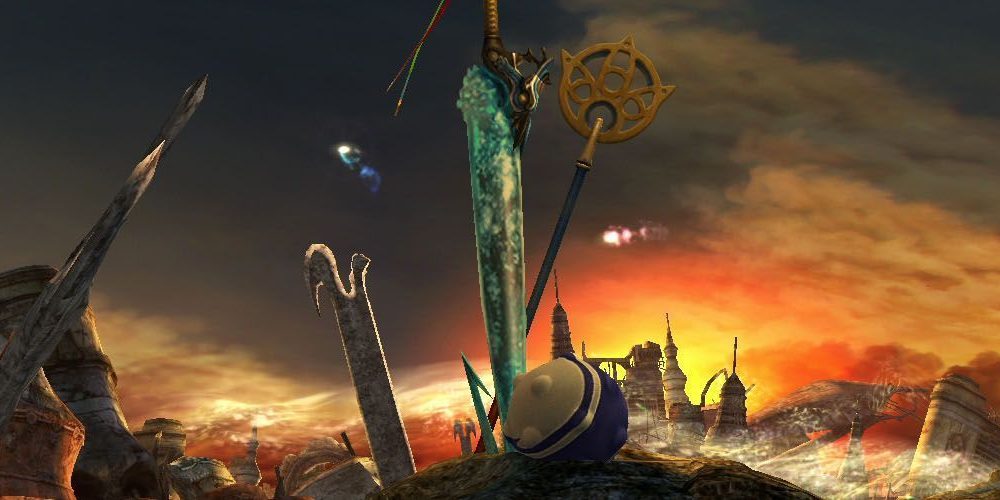 Having played the piano for most of my life, it's become an indivisible part of who I am, more than just an activity. It's been a while now, and the instrument and I are more entwined than ever. Sometimes I rely on it to express feelings for which there are no words, or those which should not be talked about.

Whether it be a video game, a film or a TV series, the ending to a good story holds a lot of a significance to me. I remember reaching the end of Lufia II as a young teenager and being beset by it for days. I’d lived the characters’ story alongside them, and when it ended, I was left with a new emotion.

These days, when the ending to a story affects me, I sometimes sit down by the piano and I start to play. Just anything, but it has to be new; improvised. It’s a stream of consciousness based on what I was feeling in that moment.

I’ve cut together excerpts from six of these recordings. Since they’re improvisations done without preparation, there are misplays and mistakes in places. 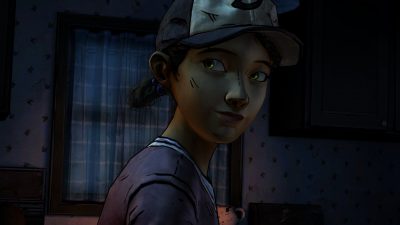 I was overjoyed when Clementine turned out to be the player character for the second season. Fresh from the heart-wrenching end of the first, true to the universe, everything is still miserable. You know things really suck when a little girl can’t be friends with a dog.

A lot of the twists and turns in the second season are amplified by how disempowered the player is by virtue of being a child. Oftentimes, it seems pointless to do anything. Clementine stands panicked amongst a group of arguing adults, just wanting everyone to stop fighting. In those cases, our dialogue choice matters little, and it wasn’t rare for me to just say nothing. Every once in a while, I didn’t even bother clicking a choice, merely watching the time run out.

That said, if she survives, Clementine will grow up to be shrewd and hard as nails, with all she’s had to endure, although maybe the child will help her stay human. Either way, I felt that for all its sad and horrible moments, the threat of the walkers didn’t leave any time for mourning and sentiment, which I think influenced the pace of the music.

You may notice that this one is subtly inspired by one of the music cues from the game, specifically the progression Em – GMaj7.

Her is one of those inexplicable films which has an almost preposterous story but ignores its own absurdity and just gets on with it. I had no idea what to expect, but Joaquin Phoenix falling in love with a computer (voiced by Scarlett Johansson) wasn’t even on the list. 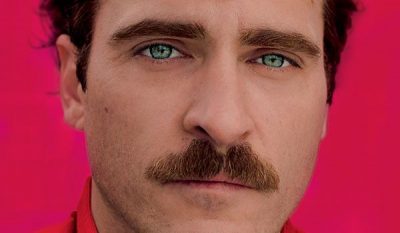 The film offers up a lot of really complicated questions and remarks about humanity (and transhumanity). I would say its point is partly that humanity relies upon its flaws, and if we were to improve our minds to the level of intelligence enjoyed by a computer, we would no longer be human. We would achieve the industrialisation of living.

Watching Her is like getting a small glimpse of something that cannot be understood. It starts small, and you have no idea where it’s going, but then it takes you by surprise, by some charming events. For a short moment, you’re really engrossed in it, and then it ends, leaving you wondering just what the hell you just watched.

I remember leaning towards dissonance and lots of short peaks whilst I was playing. No melody, nothing to really hold on to, but a breath and sigh of relief.

“What I Know” The Killing, season 2

The title of this one is the same as a small student film made by a character in the series, Rosie Larsen. I won’t spoil what happens, and I wouldn’t need to. Suffice to say, the film is played right at the end of a two-season long build-up towards solving a murder mystery.

The Killing is the American remake of the Danish series with the same name (although not in English, obviously). It didn’t sell itself to me at all the first few times I tried watching it, but I eventually grew very fond of the protagonist and her partner. All in all, it has both solid writing and acting, and they get a surprising amount of a story out of a single murder. 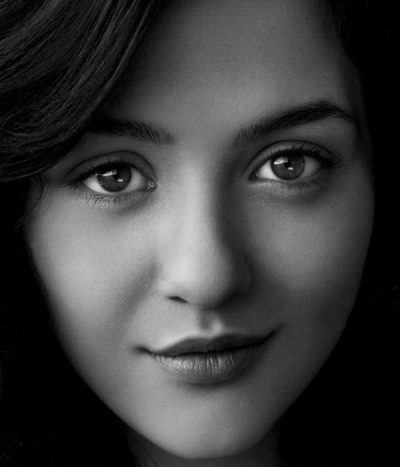 It begins with a missing person and ends up going through some very convoluted paths, involving a host of suspects and motives, alongside the personal struggles of the protagonists; a messed up police detective who wants to retire and move away with her son and a very tall, low-voiced but brash and irresponsible detective from out of town, if I recall correctly.

When it’s finally revealed just what happened to Rosie, it doesn’t even have the slim justification of evil or greed, it’s not even complicated, and we almost immediately get punched in the face with a beautiful testament to her innocence. It isn’t much, and it isn’t elaborate, but it’s the expansion of a context that had been growing for so long, depleted in just over two minutes.

The very loud part of this segment is repeated once more in the recording, but it’s so chaotic and messy that it’s barely recognisable.

“Adèle” Blue Is the Warmest Colour

The original French title of The Life of Adèle is more honest about the film’s intentions. It very much is the story of a woman, from her late teens to late twenties (as near as I can tell), who discovers love in another woman with blue hair, hence the American name. It notably features some very explicit sex scenes, which drag on way too long in my opinion. 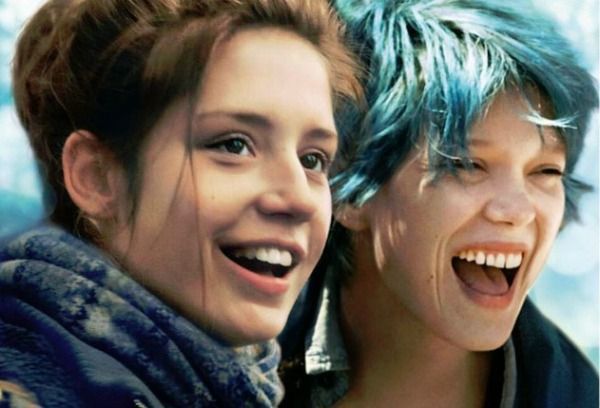 One of the most interesting aspects of this story is how it shifts tone based on how old Adèle is. The beginning is a very typical and understandable confused teenager who’s struggling a bit with both her life and her sexuality. When she grows up, it’s not nearly as simple, and the refuge she found a while back is no longer enough to keep her steady. The small segment at the end, once she’s fully inside the adult life, is a bit cynical and mournful, suggesting perhaps that all her best days are over.

More than anything, it chronicles how one life suddenly flashed as it encountered another, quickly burning itself out leaving only memories and mistakes rationalised as learning experiences. Yeah, we human beings screw up a lot, and we may learn from our mistakes, but it’s a poor shot at covering the bitterness felt over losing something when we’ve no one else to blame.

Blue Is the Warmest Colour is the kind of film that doesn’t say much, if anything. It’s just a perfectly normal and unsurprising life caught on film and displayed as-is. That said, I felt that I could relate to how Adèle was looking for something, in the perennial chain of always wanting something different.

She also reminds me of someone I used to know, and that definitely influenced the music.

Aside from the shameless sequel bait, the ending to the latest entry in the Dragon Age franchise was surprisingly happy. It’s not often you get to save the world so simply and so ostensibly. It may even be classic. 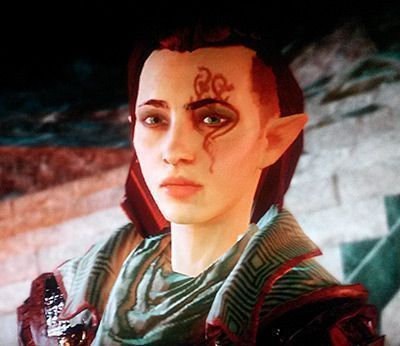 On the other end of the story, I couldn’t quite decide what to play as this time around, but mages usually get more interesting stories in the universe and I’d previously been human both times. So, my character ended up an ambiguously gendered Dalish woman. Despite her class and how her arms looked so thin, I’m surprised they didn’t snap like twigs, she turned out to be a formidable melee fighter.

And that’s a lot of my impression of this game. There was so little story content compared to all the faffing around. Fun faffing around, no doubt, but whilst a musical memory of Dragon Age: Origins would likely be much more sentimental and melodramatic (that was before I started doing this, however), this one is based mostly on fighting.

The name of this one is the final word of the Leo Tolstoy quote spoken by the lead character right before he gets over himself and finally forgives the woman he can’t live without. The ending has some sadness to it, but I found it to be happy and reassuring more than anything else. It made me happy, in any case. 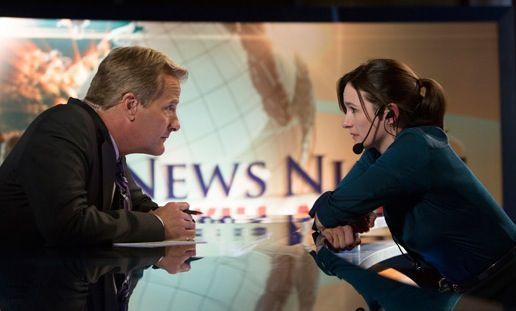 Partly because they let the series end when it should have. So often, TV series get dragged on for way longer than they need to be, in the interest of making a profit. However, I don’t think they ended this one out of any artistic integrity, rather it probably wasn’t popular enough. Surprising, that. I didn’t think there was a single duff episode.

Some of my enjoyment was likely due to how I can relate the main character, somewhat of a cantankerous wanker, not unlike myself. Amongst all the serious real world topics covered, he does a lot of silly and stupid things with little care for anything. What will be will be, perhaps.