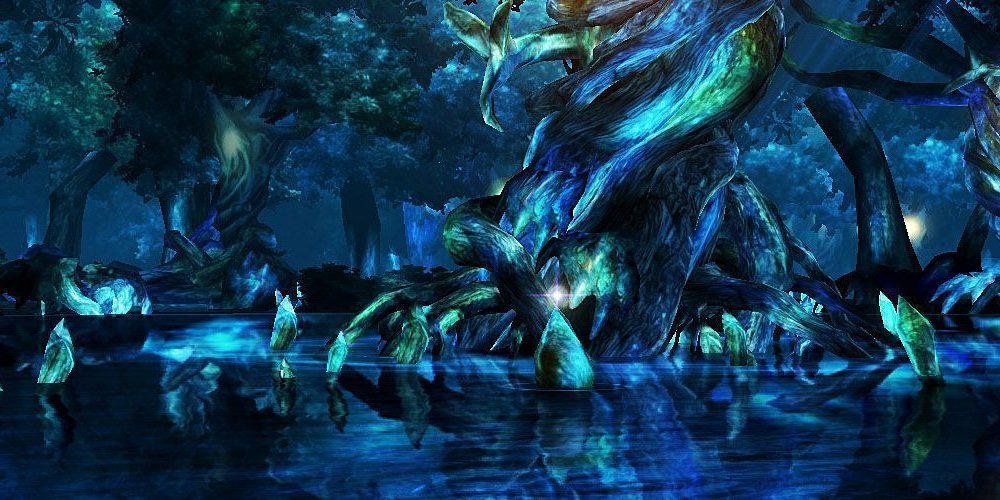 It's been three months since last so I figured it's time to make another crossfade of music as streams of consciousness. Mostly films this time, as I haven't quite found the time to play as many video games. There's also been a relative lack of games which have interested me.

“Take It Away” Begin Again 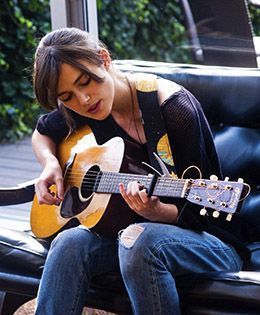 I’m a sucker for this kind of film. A feel-good, underdog tale about a music producer down on his luck and a talented English girl with a troubled past. Sure thing. Take it away.

It’s the kind of story in which the characters can pull crazy schemes and do whatever they like because magic decided everything would be all right anyway. There’s definitely a sense of relishing to be found in watching people behave as though this world actually did allow you to throw caution to the wind. Myself, I always want to avoid making what I call the default choices; should multiple options present themselves, screw all of them, and wonder, what else could I do?

Or maybe I like the film because it gives me naive hope that if I one day end up a failed musician because I was too dumb not to make the default choices (i.e. the sensible ones), perhaps I could meet someone to magic my life around and render everything perfect.

I don’t know why I found Wreck-It Ralph to be such a sad affair. (Yes, the excerpt’s mood is accurate as to how I felt afterwards.) I think it has to do with being trapped into doing the same thing, over and over again, with no hope of it ever changing. Since this is a fictional story, Ralph got to overcome being the bad guy, and made friends with the people who hated him. He fixed his endless dispassion.

Except in the real world, that would never happen. Ralph would try and fail, end scene, roll credits. That’s about it. Once again, the screenwriter’s magic pen undoes the aspect of reality that keeps things the way we know they’ll always be. Although it’s entirely figurative, framed as a video game villain, it doesn’t take much bending to toss it onto somebody out here.

However, out here, dispassionate spirals tend to be our own damn fault. One more mistake every day, as if by design; the decision not to do something about it. No magic to show up and make things better just because. No magic to change me or my life without making me work for it.

Is one innocent if they were free from morality? You don’t feel it, you haven’t been told it, you do things based on what you do know, and what will be will be. I suppose that is some level of innocence, or the purest form of sociopathy.

Ex Machina is less interesting than its subject matter. It’s competently executed, with good writing and performances, but it had me expecting a big exciting twist that never happened. So, the android girl tricked the lonely programmer into granting her freedom. Well, that’s the default story. I was expecting a first of him being an android and then a second twist to make it more interesting.

That doesn’t mean you won’t think about it after it’s over, even though it’s a question without an answer, because the android hasn’t been invented yet, and so, by extension, neither has the answer. Some say we’ll have such androids in my lifetime. I’m not sure I want to believe them.

I adore Sense8. It’s one of the best things I’ve seen in a long time. It’s funny, exciting and so utterly human in its characters. Some of the early plot points impressed me. “All right,” I thought, “that’s clever and quite original,” and then it went onto handle almost everything with the same diligent hand. 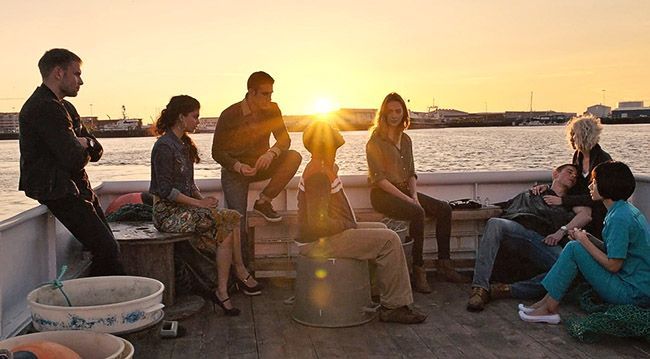 Although the primary story of Sense8 is one of suspense and sci-fi, most of the running time is spent on the characters’ own problems and drama. You’ve got the secretly gay action hero, the transwoman with the mother who insists on calling her Michael and a German safecracker who falls in love with an Indian pharmacist (who has one of the cutest accents I’ve ever heard) mixed in with the evil white-haired villain who wants to… control them, or something.

Aside from the heart-wrenching backstory of the Icelandic DJ girl, Sense8 leaves a nice feeling. It dwells a lot on connection; wondering if I feel you like you feel me.

This is the first time I’ve experienced the Japanese post-WWII perspective. Whereas there’s quite a few typical American films on the topic, like Pearl Harbor, The Eternal Zero is made up almost entirely of two young people, a brother and sister, walking around talking to people about their grandfather who died in the war.

During the many flashbacks, the soldiers aren’t portrayed as heroes, just bodies in the fight, and the main character only survives because he avoids the battle, having promised his family back home that he would return, in one way or another. For that, he’s disgraced by almost everybody as a coward. Towards the end, however, the brother talks to an old man who knows more than the shallow tales that went around.

I didn’t quite know what to think after seeing the ending, and that carried over into the piano improvisation. The entire recording is just a hair above six minutes, but the theme you hear in the excerpt is only present once, right at the end. Whereas the theme usually comes to me around the start and I then repeat it two or three times to refine it, this time, what you hear is what I played the first time. It reminds me of the very final scene, when you figure out that even though their grandfather died, he was also a survivor.

I forgot to change the gain before this recording so there’s a lot of clipping.

Like mentioned in my article specifically about Pillars of Eternity, my watcher was a decent person, and I think she did mostly what was the right thing in any given situation, although she had a slight penchant for strongarming people when a diplomatic solution couldn’t be reached.

I wonder if the religious people of this world would feel the same kind of relief were we to find out that there is a god, but they didn’t create the universe, rather they were made by a race of aliens now extinct. A fake but still real god, as it were. No more need to wonder if there is a watcher up in the sky, figuratively speaking, even though it’s not quite as we’d imagined.

Sometimes I think that having the answer is far more important than what it is.

I’ve been thinking about writing something longer about Shadowrun Returns: Dragonfall. The game really appeals to me, similar to Pillars of Eternity, except for having a combat system I actually enjoy. Nevertheless, what stuck with me the most was the story of one of the companions, the emotionless Glory, clad head to foot in essence-shredding cyberware (i.e. mechanical body augmentations). 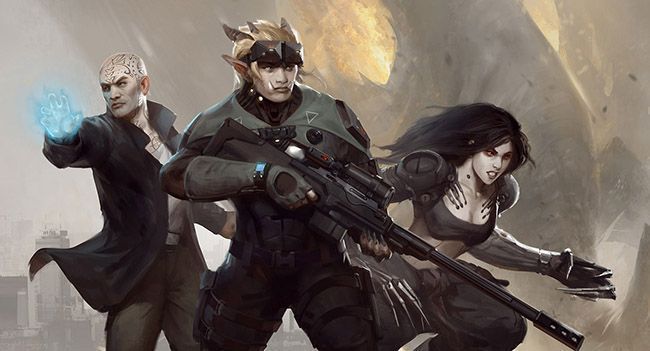 If you pester her enough about the past, she’ll eventually start telling you the story of how she ended up on the streets because her father was a hateful man who despised magic and metahumans (elves, orks, trolls etc.). A cult leader, although she didn’t know that at the time, named Harrow, takes her in and she unwittingly becomes a follower of the devil. Eventually, Glory is tricked into killing her own mother, and she runs away, mutilating her body with bulky cyberware in order to rid herself of all magic, as well as her emotions.

Around halfway through the game, Glory takes you back to the cult house, Feuerstelle (German for fireplace, as in hearth), to seek out and kill Harrow. There, however, she changes her mind and wants to rescue the cultists instead. If you agree, Glory goes cold, and leaves the party to find and kill Harrow after the main story is over.

Imagine speaking the name of somebody who literally couldn’t love you back. Say, “Glory,” and watch a mechanical response by both mind and body.

Seth MacFarlane’s comedy is a guilty pleasure of mine. He has a flair for the absurd and preposterous that I tend to find hilarious. I’m aware a lot of people hate him because he’s often offensive and he held some kind of performance at the Oscars that was deemed sexist. (I wouldn’t know. I haven’t seen it.) In any case, I don’t find it necessary to stop watching Tom Cruise films because he’s kind of a wanker in real life. 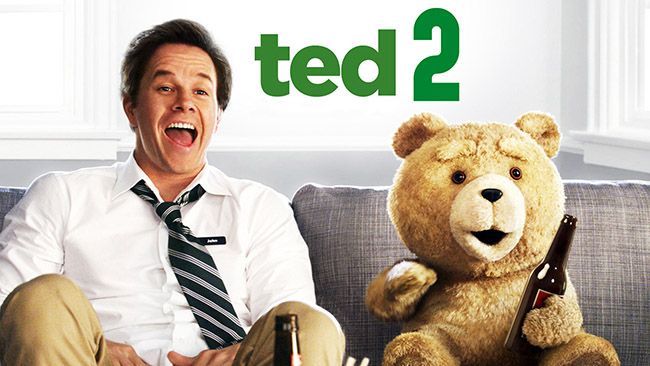 There’s little to say about Ted 2. It’s a fun film. There are some Family Guy references in it, and one very strange moment when the Jurassic Park theme plays as the characters stumble upon a field of special marijuana. They travel in packs, apparently.

That said, it seems I felt enough of something to play the piano afterwards. Nothing special this time, just a cheery theme about the ups and downs of being human.

On Pillars of Eternity
Leaving London