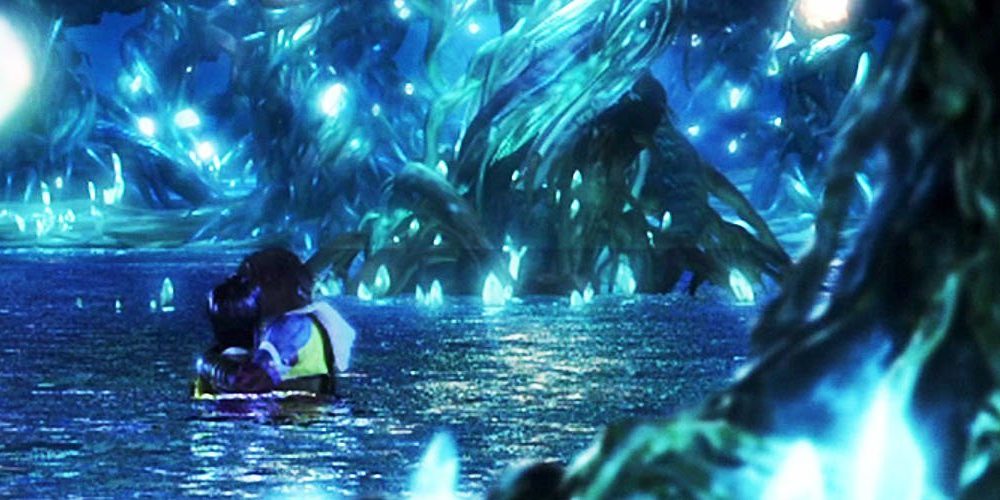 ‘The Passing of a God’ Pillars of Eternity II

This is the complete recording.

So, the big green statue underneath Caed Nua came to life and started walking across the sea. Aside from murdering me and wrecking my bloody house, he turned out to be one of the best god characters I’ve come across in video games.

About halfway through the game, I started to develop a real distaste for the other gods, them showing up with those stupid bells and petulantly arguing in front of me as I crossed my arms and sighed. The homemade quality of their divinity really shone through with every pointless squabble. In the last two encounters, I could not keep myself from choosing the Aggressive options. They were petty, scheming fools and I didn’t want hear it.

So, I was right behind Eothas. I didn’t follow him at the end to stop him. It was just the only place I could think of to be during such a momentous occasion. Because I understood him. He wanted to tear up a bad system that led to nothing but acrimony and bullshit. If he’d only told me what he planned from the start, I would’ve done everything I could to help. 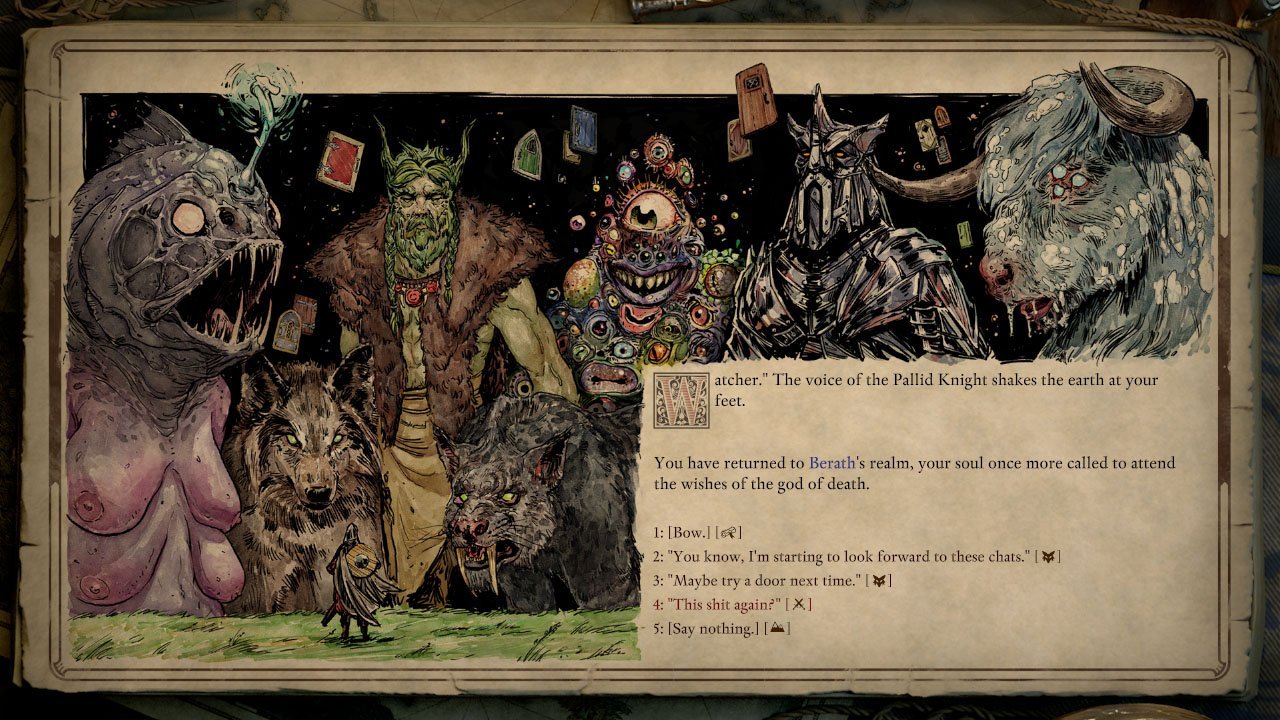 Dialogue options seem more expressive this time around, and cathartic.

And that’s what I like the most about Pillars of Eternity as a series. It covers big, world-changing events that nevertheless feel deep and meaningful. You’re not just some Chosen One fighting an uncomplicated evil. There is no right answer, and your impact comes down to the choices you make rather than how many creatures you kill. Except for the fact that every hero needs to spend at least some early hours killing animals and skeletons.

Obsidian have been acquired by Microsoft, though. So far, I’m cautiously optimistic. It seems Microsoft may be OK when it comes to the smaller studios they pick up.

I only saw Your Name this year. Only because I didn’t know it existed. This kind of dramatic, emotional Anime tends to work very well on me. It’s not quite on the same level as Elfen Lied, but it’s still the kind of film I’ll remember.

But I’m upset with myself. Because I’m not a good enough pianist to handle the theme in the improvisation. The ostinato in the right hand kept messing up the rhythm of the chords in the left. The segment included here doesn’t include some of the worst mistakes but it’s borderline in some places. But I really didn’t want to skip including it. 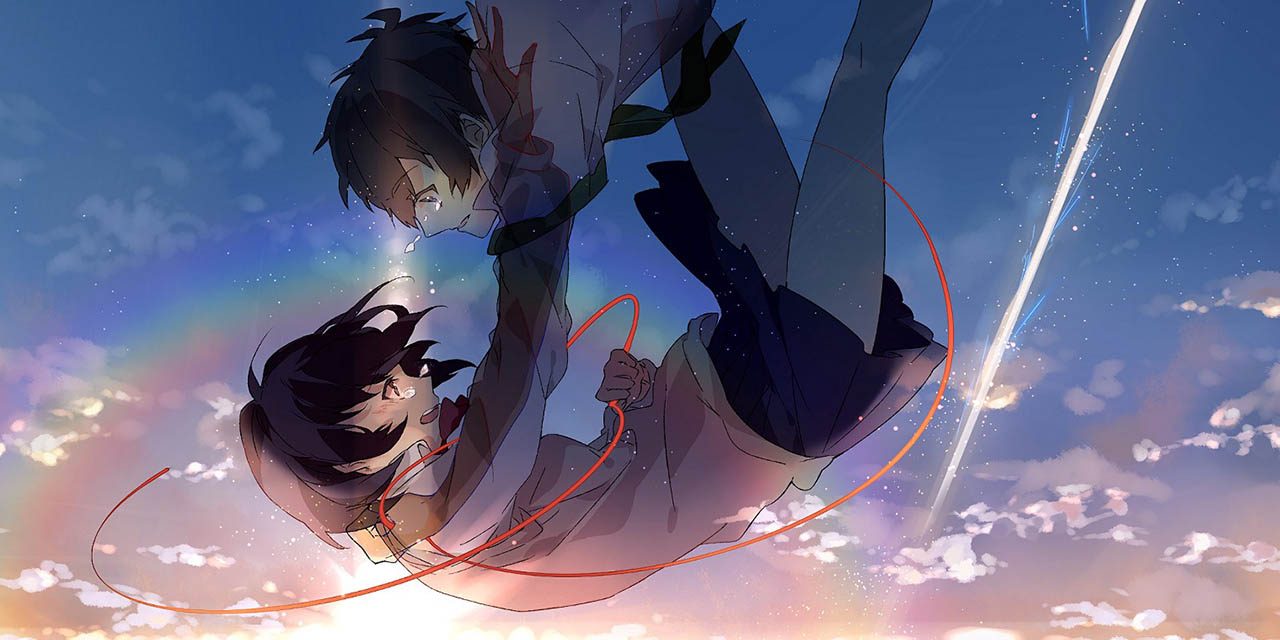 Its ending does mess with you, just like Elfen Lied.

I think we’ve all at some point thought about how our lives could be completely different if only a single small thing had changed. Myself, I went through something during my eighteenth year that changed everything several times over and it all sprung from something so ridiculous and inconsequential that it remains an in-joke with my best friend to this day.

Nothing is judged on its own merits any more, is it? This most recent entry in the venerable Star Wars franchise is somehow even more divisive than the last. Now, as someone who likes Star Wars but isn’t invested in it, I didn’t know much about the film going into it and I had an open mind.

And I can’t say that I was disappointed. It’s a well-written, well-produced motion picture. It did lose me at times in one or two of the subplots and the casino city thing dragged on for too long. But I’ve watched and enjoyed other films with far more flaws without feeling the need to burn the Internet to the ground because of it. 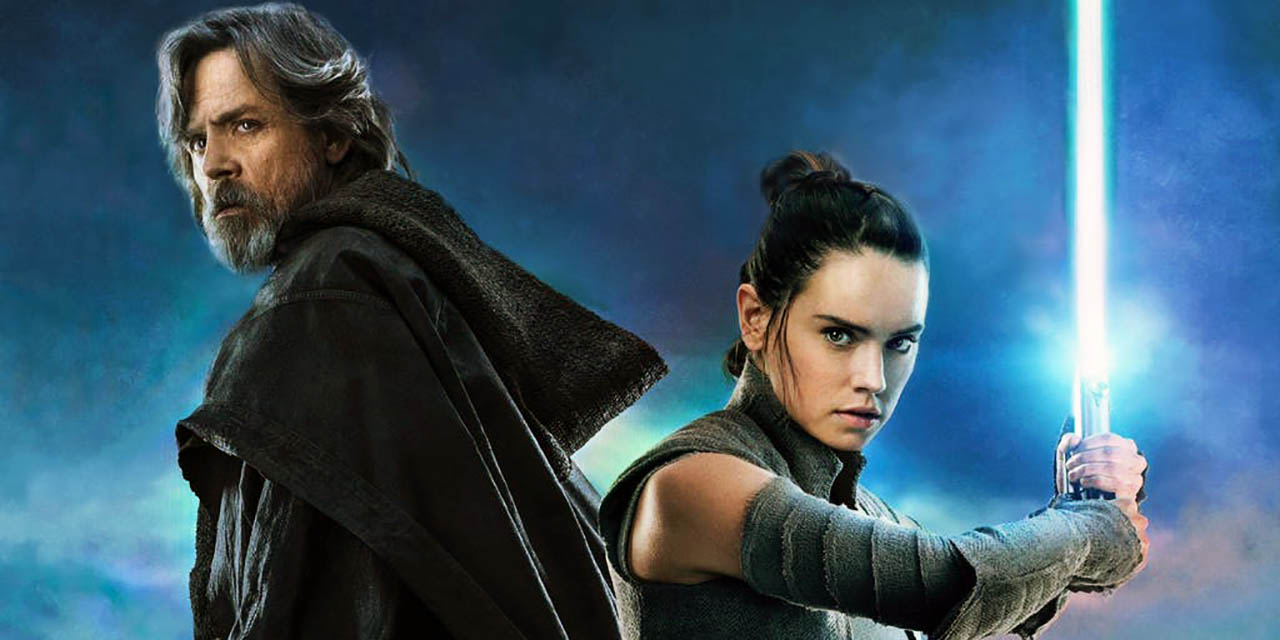 But there are those who say that the plot holes are insurmountable and that certain aspects just don’t make sense. And, well, it’s Star Wars. It’s never made sense. It’s always been riddled with plot holes. I don’t see why that’s suddenly become a problem. For me, Star Wars has never been about the characters, anyway. (Unless we’re talking about Revan and Meetra Surik but that’s largely head-canon territory.) So, I had no issue with Luke’s death because I didn’t feel strongly about it one way or the other.

But I will say that I really enjoyed the moment. Throughout the entire film, the Binary Sunset track had played in part but never resolving fully, until Luke’s death scene. That was a great buildup and as soon as I saw the shot of Luke sitting on the rocks in the sunset, I knew what the music would do. No matter what you think of the plot itself, in terms of cinematography, that was a great way to end the character’s story.

Anyway, communication has to be guided and tempered by its expected reaction. If you need to vent, fine — find a like-minded friend and rant at each other for a while. Or just punch your pillow. Get it out of your system. It may be that you’ll never get what you want, in which case it’s your responsibility to not let it make you do something you’ll regret.

‘To Warm a Frozen Heart’ Ratatouille

I like to think that I can measure just how much I actually like something by remembering how often I keep coming back to it. For instance, I like Fallout 4 just as much as I claimed in my piece about it, seeing as how I’ve gone back to replay it twice since release. But it pales in significance to how many times I’ve replayed Might and Magic VII. 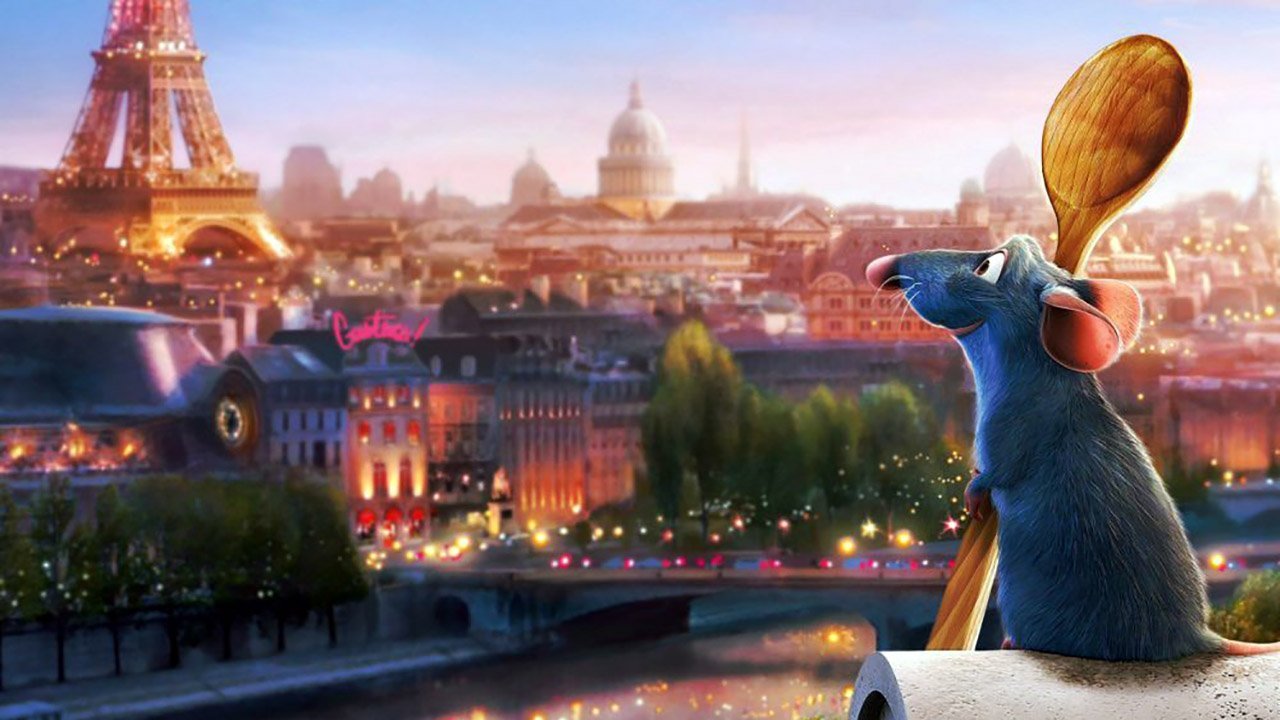 Anyway, this year, it was time to rewatch Ratatouille again. Being that it’s CG, it’s aged surprisingly well. Because it’s not the kind of “fake live action”-CG that we’re getting these days. It’s something that evolved out of hand-drawn animation, with a bright and fantastical art style, stylised characters and exaggerated animations. I suppose the hair physics will start to look dated eventually, though. CG would’ve been so much easier if we were all bald.

Something that hasn’t aged at all, however, are the vocal performances. They’re top-notch all around. Anton Ego, in particular, is excellent. This is an aspect of both films and video games that I think is woefully underappreciated. It seems the voice acting department always gets shafted once the graphics run over budget (i.e. always). Because you can’t put vocal performance on a screenshot, which means the marketing boffins get pissy about spending too much money there.

The moment when Ego tastes the ratatouille makes the entire film worth it. And just like in Inside Out, it has that kind of attitude, that suggestion we’re all one nostalgia trip away from becoming nice people. It’s as hopelessly naive as it is endearing.

But Ratatouille is one of the nostalgia trips I regularly take to keep myself from going grey and wizened.

‘Do I Need a Reason?’ Million Yen Women

Culture screws with your brain. It’s the nurture that complements nature. In my case, it’s been primarily the Western culture that has formed my opinions on what is acceptable and what should be angrily Tweeted about.

It used to be that I thought there was a cultural and social lodestone that I could use to estimate whether something should be reviled or revered. The Western value system, as I have experienced it, insists upon itself as the moral arbiter of the world. More so now than ever. 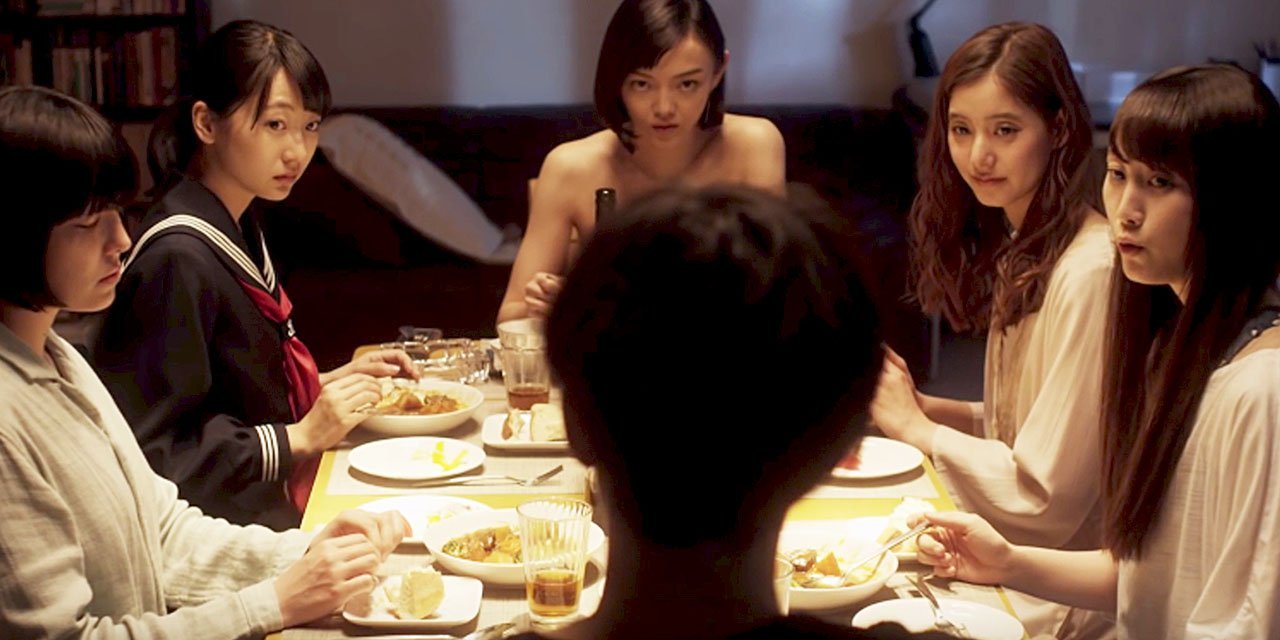 Yeah, the middle one being naked is far from the strangest thing about this series.

So, when I experience something from another culture, such as the aforementioned Your Name or Million Yen Women, I sometimes feel these spinal reactions to what I’m seeing. They need to be ignored or, at the very least, tempered. And I no longer feel safe enough in myself to make any new judgements. It’s easier to just let things pass by. Maybe that’s the delusion of culture, that everything can and should be judged by a limited set of values, made worse by how the Internet doesn’t afford you your own opinion any more.

Million Yen Women is a preposterous, half-mystery, half-romance drama that almost lost me in its first few episodes but managed to pick itself up and keep my interest until the end. Other than its various oddities, there’s only one thing I’d like to highlight.

In the main character Shin’s novels, nobody dies. It’s touched upon a few times throughout. In the story, he says that it’s because his father is a murderer on death row. However, two of the five women end up dying. And at the very end, we see Shin writing a new novel, called My Women.

And about it, he says, “In my novels, nobody dies. Because that’s how I like it.”