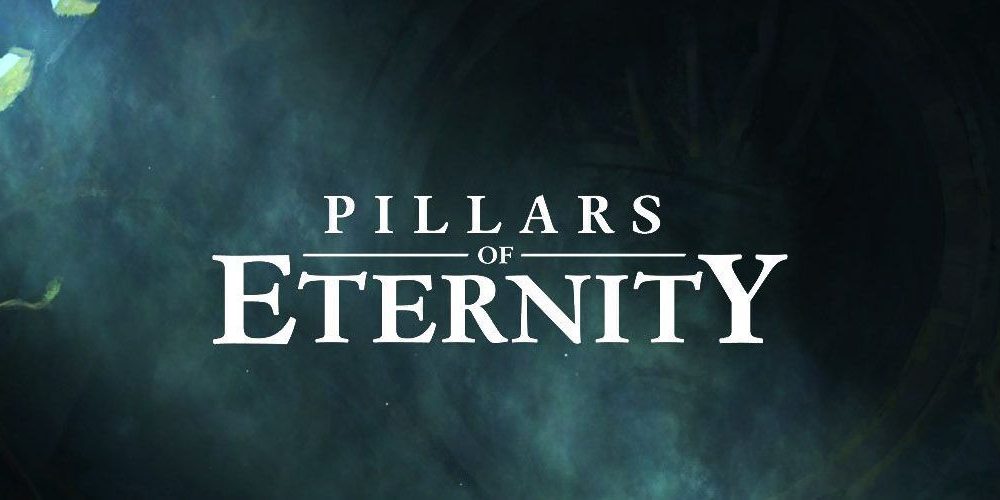 On Pillars of Eternity

Pillars of Eternity is one of those games that prove the Kickstarter funding path to be viable. That, perhaps, is what's most important about it, but there are nevertheless a lot of other things that are interesting, to say the least.

So, after being of two minds about it for a long time, I finally managed to make my way through the storyline of Pillars of Eternity. I wanted to see it through because I felt the writing was excellent right from the start. However, I found most other aspects of the game not to my liking.

An honest and diplomatic Paladin

Usually, if I don’t like a game enough to play through it in absolutely the most difficult way possible (excluding permadeath modes, for the most part), I won’t play it at all. A lot of the satisfaction I derive from playing video games comes from overcoming challenge, but I just didn’t like the combat micro-management aspect of Pillars of Eternity. In fact, I thought it was really dull.

Which was a problem, because that’s a core feature of the game, as one of the loading screens tells you. So, eventually, after trying six different classes, with and without companions, I decided to just roll a Paladin on normal difficulty. It seemed like a safe choice. My character ended up a reputable honest and diplomatic person, followed by Aloth, Edér, Kana, Sagani and Pallegina. I grabbed the other three companions but never used them.

I did enough side quests to almost reach level twelve by the end. I thought I was going to have a hard time with the final boss, but when my second petrify spell landed, he was down and out in seconds, quickly followed by the two giant minotaur things. I chose to return the captured souls to their intended bodies. It seemed like the most humane thing to do.

Musings upon existence, atheism and religion

So, one of the major reveals as part of the plotline is that the gods aren’t real, rather they were created by an ancient race in order to bring stability to the world. Rather Voltairian, indeed, and one of the player character’s past lives was as a member of the Inquisition who met a woman holding what were essentially atheist beliefs, her knowing that the gods weren’t real. She died for her convictions.

I found it fitting and suitably dramatic for a classic CRPG, but for all the sensible arguments made about the good even false gods bring, I can’t help but think that the modern world proves part of it to be false. The more secular and self-realised a nation, the more apathetic its citizens will be, and less prone towards war and violence. In other words, human beings don’t need gods in order to behave well.

But in a fantasy world, I suppose it makes sense. I liked how Edér’s ending made it clear that belief in the gods was more of an idea than venerating the existence of a higher being. In fact, knowing that his god never actually existed seemed to free him from guilt, allowing him to do good work in the god’s name.

Because although the gods weren’t “real” in the way we typically define them (eternal and supreme creators of existence), they were powerful beings capable of the same acts, for the most part. The knowledge that your chosen god does exist, in some form, combined with knowing exactly what they are and where they came from must be liberating. (Of course, I can’t help but think of this.)

I don’t know if Pillars of Eternity has a message. Even with all its talk about existential topics, it seems to carry a warm sentiment towards the anthropomorphic perspective on the world; we living things matter on our own, and gods or no gods, souls or no souls, eternity or no eternity, none of it changes how our days make up our lives’ significance and that we are, inevitably, in control of and responsible for the fate of ourselves and that of our species.

A score that doesn’t impress or disappoint

The music was composed by Justin Bell, and it totals at around an hour. On its own, it’s unremarkable; perfectly fitting the atmosphere but without any particularly good tracks or memorable melodies. The sequencing is quite simple, using basic sample libraries and relatively small amounts of reverb. Little more to say about it, honestly.

Except perhaps that there are three pieces which I can’t help but think were inspired by music from The Elder Scrolls and the Lord of the Rings motion picture trilogy. The opening to Defiance Bay sounds a lot like that of Minstrel’s Lament from The Elder Scrolls IV: Oblivion. It’s like Bell started by imitating the very beginning and then going off in a different direction. The same can be said of Temple of Skean which bears a strong resemblance to Silent Footsteps from The Elder Scrolls V: Skyrim. It even has that echo drum Soule used in the score.

Lastly, the track played in the stronghold (which doesn’t seem to be a part of the released OST), sounds a bit like Concerning Hobbits.

Overall, I would say the score is mostly inspired by Jeremy Soule’s style mixed in with the more romantic classical style of older PC games. Like I said before, I think it’s a great fit, and I don’t want anyone to think that the similarities I’ve pointed out here are meant to be accusations of plagiarism or otherwise inappropriate behaviour. Justin Bell is clearly a competent composer in his own right and his understanding of the medium scores him a lot of points in my book.

I’m very happy that Pillars of Eternity exists, and I wouldn’t be any less happy had I found the game not worthy of my time, because it shows there’s still a market for niche games. Whilst the AAA industry is continuing to homogenise itself out of fear of trying something different or making a title knowing it won’t sell twenty million copies due to genre alone, indie development has become my primary source of games that appeal to me.

Even though I found the combat to be uninteresting, the character development lacking and only a few of the companions worth talking to, I would still rate the time I spent with Pillars of Eternity higher than plenty of AAA titles with giant, multi-million budgets and massive marketing campaigns.

One advantage that indie studios continue to have is that they focus their efforts on making a good game, rather than a good product.