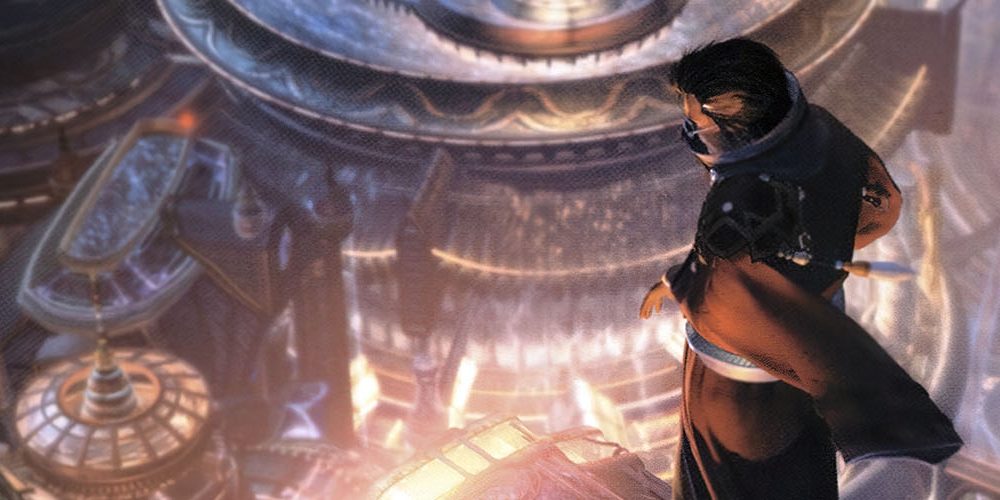 A questionable but promising interpretation of Polish folklore, the futility of fighting terrorism, excellent Korean drama and an errant scary video game.

‘My Monsters and You’ Netflix’s The Witcher (season 1)

Netflix were put in a tough spot with this one. The Witcher III is held in very high regard by the primary audience for this TV adaptation. We know and the love the characters even if the story told by the video games is largely separate from the books.

The TV series is a very mixed bag. It’s a stumbling, grasping adaptation that seems to underestimate both the strength and popularity of the source material. The writing is all over the place, as is the costume design, and the screenplay was probably scattered on the floor at some point during the production and nobody knew how to put it back together again. 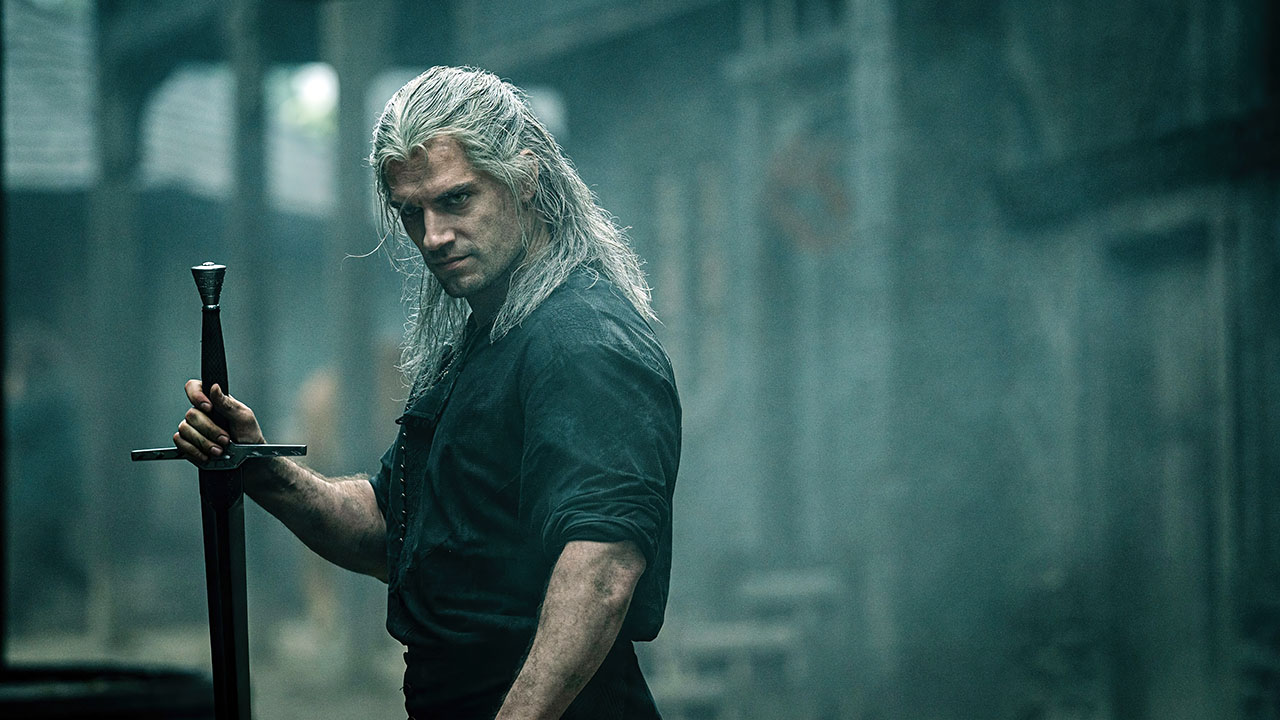 It’s saved by Henry Cavill as Geralt. He looks, acts and sounds the part. It’d be hard to imagine a better version of the character in a live action context. And that’s because he’s a carbon copy of CD Projekt RED’s interpretation, down to imitating Doug Cockle’s gruff vocal performance.

Apart from the bard Jaskier, the rest of the cast is a bit weak. Yennefer lacks the attitude and presence of her video game counterpart. She’s small and unimpactful in comparison. I don’t even remember what Triss looks like. And the rest is a sea of faces that go by like bubbles in the swamp.

Nevertheless, I feel like this series has potential and I’m excited to watch the next season tomorrow. I hear it’s a lot better. Aren’t those some famous last words.

Homeland is one of my favourite TV series to date. I’ve rewatched it several times and it has the rare quality of making me really think about the events depicted and the decisions made by the characters.

One should be forgiven for thinking it’s just another regurgitation of American jingoism about the evils of Muslims and Russians. It follows the same themes but from a much colder and unflattering light.

Our main characters, Carrie Matthews and Saul Berenson, are not good people. They are not shown to us as morally upstanding or even necessarily justified in their actions. They are interesting and relatable. But you will not like them, at least not all of the time. 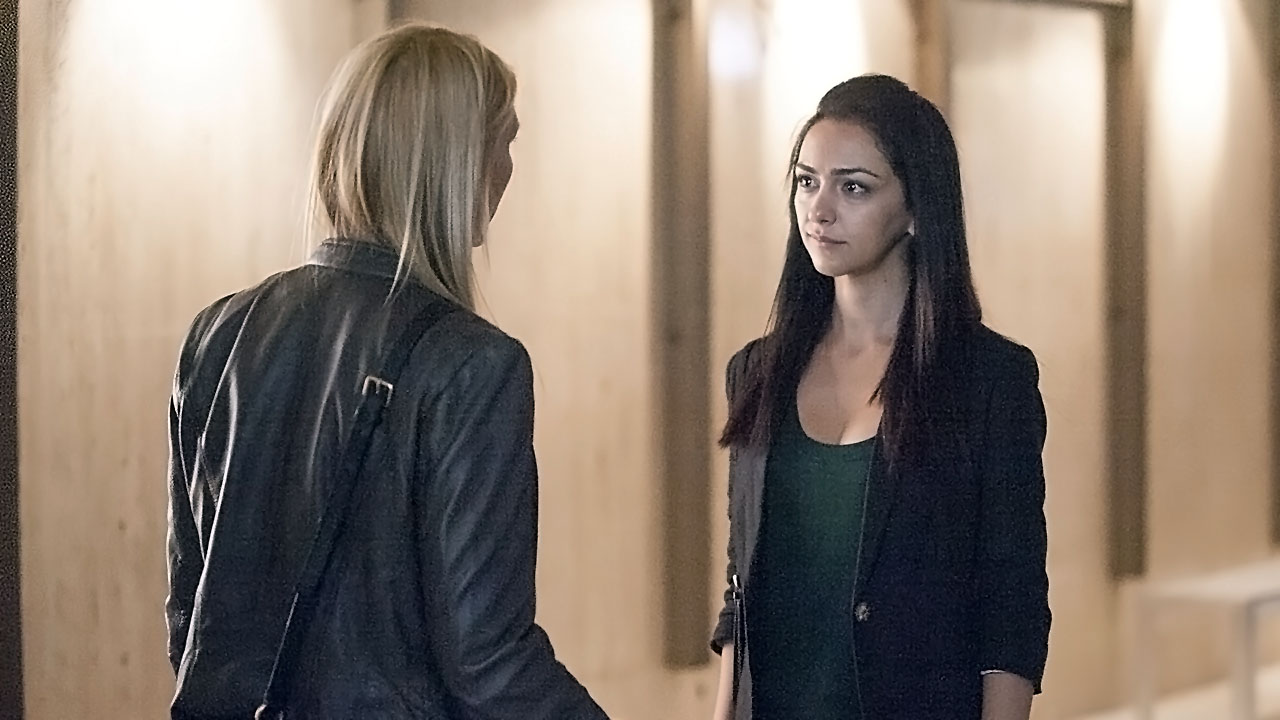 Making you like a character so that you care when they die is an acceptable evil.

This recording was made after watching episode 10 of season 4, entitled 13 Hours in Islamabad. After playing the Americans for fools, a terrorist leader assaults the US embassy to dismantle their entire intelligence network. In the process, one of Carrie’s agents is killed.

In season 4, our protagonists lose. The Americans lose. That’s what makes Homeland different. It portrays the grim reality of counter-terrorism and intelligence operations. And at no point does it wave the star-spangled banner around or demonise the foreigners.

You all suck and should stop killing each other. That’s what it says.

‘One Last Murder’ My Name

By now, you’ve probably watched Squid Game. I saw it recommended to me on Netflix multiple times before I heard from someone about how good it was. So, I gave it a chance. And now I’m rather captivated by Korean TV.

My Name popped up shortly afterwards and I decided to watch it based on the synopsis. All in all, it’s predictable and uncomplicated, for the most part. There were some twists that I didn’t see coming. 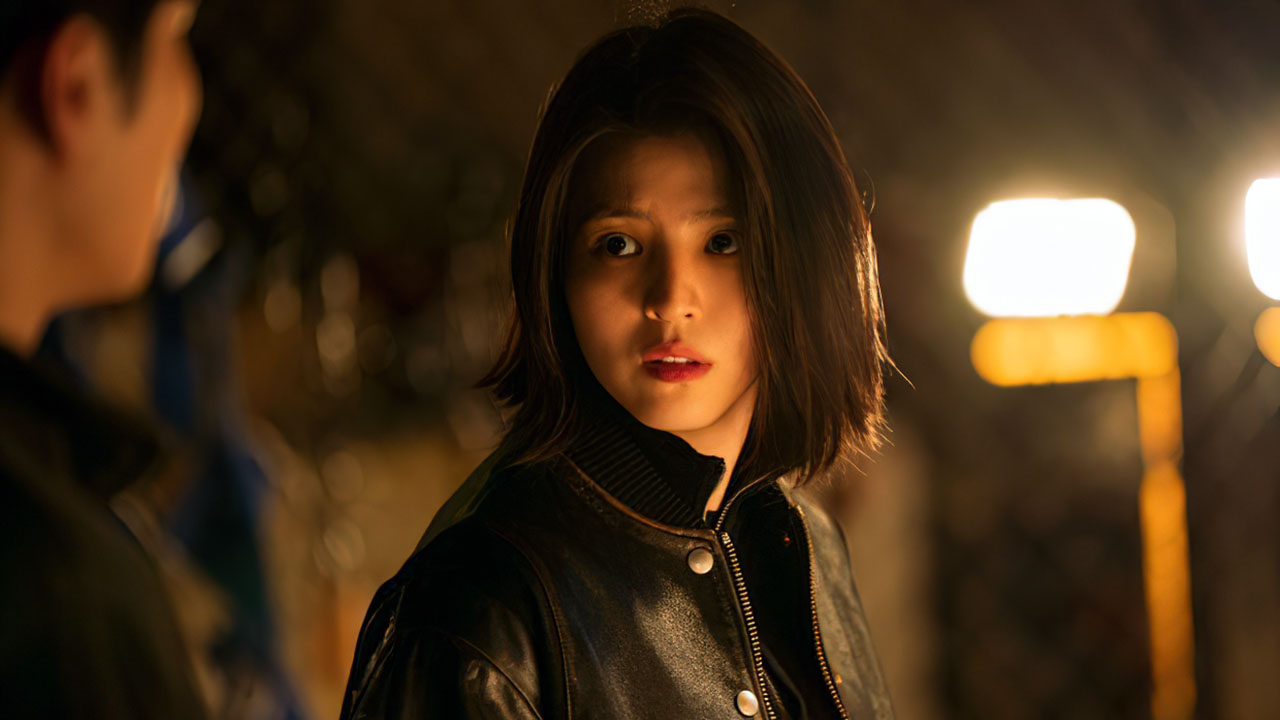 What stuck with me was how a story that’s been told so many times in this part of the world became interesting again when viewed through the lens of another culture. The Koreans do it differently than us.

Case in point is the final fight scene between our heroine and the crime boss who betrayed and manipulated her. The stylistic differences in camera work and choreography aside, the scene focuses far less on the fighting than it does the motivations of the characters.

It’s emotional, not action-packed and bombastic. It’s introspective rather than a spectacle. It’s the culmination of the story rather than something that happens for its own sake.

And that resonated with me a lot more than what you might call the Western approach. Over here, emotions are silly things that men are shamed out of acknowledging and women should keep between themselves.

Christ, where did we go wrong.

‘I Can Make You Smile’ Secret Forest/Stranger (seasons 1 & 2)

After My Name, I was sold. Netflix’s algorithm, obviously eager with new user information, suddenly revealed to me a huge library of Korean series that it had previously assumed me disinterested in. My next choice was Stranger, also known as Secret Forest. Neither name makes much sense.

Hwang Si-mok was born with a brain condition that caused severe ear pain and aggression. To treat it, the doctors had to perform a surgery that left him emotionless. Again a setup that’s been done many times before, again handled in a new and interesting way. 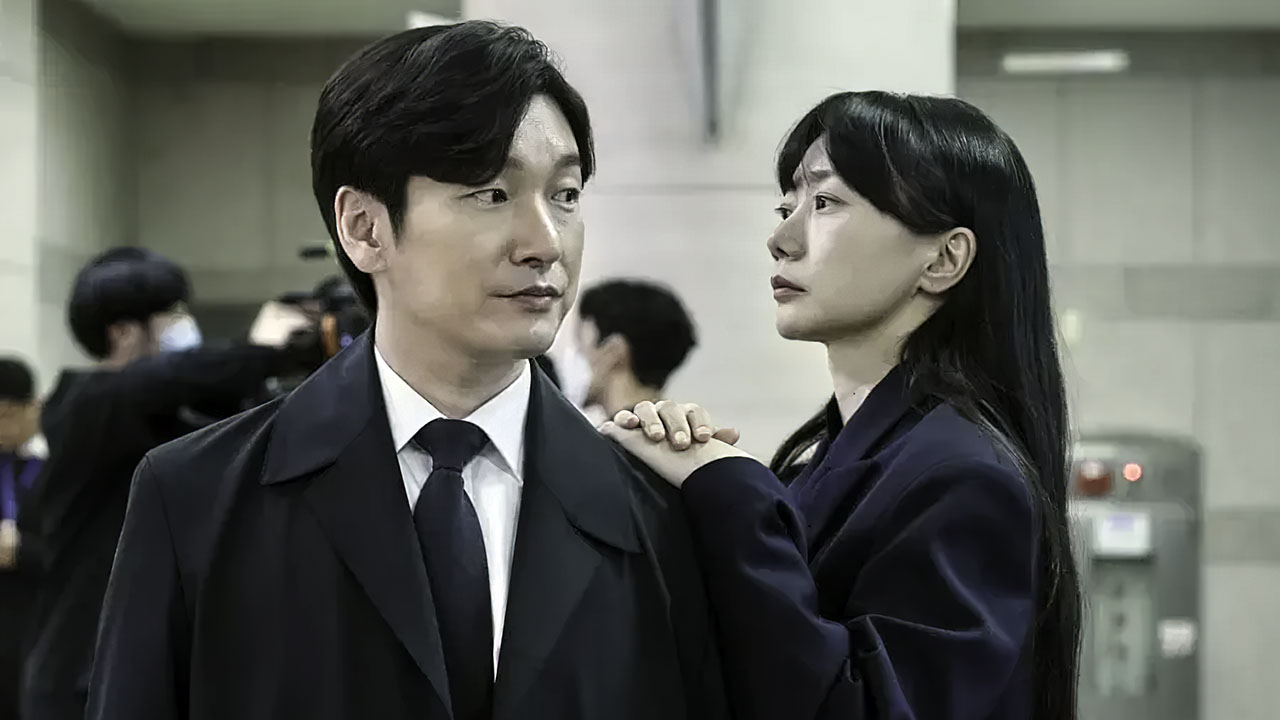 Si-mok teams up with a police officer, Han Yeo-jin, played by the remarkably endearing Bae Doona, and she becomes the one person who can manage and even get through his blank exterior. She cares about him and understands him in a way that nobody else seems to.

One of the most heart-wrenching moments of TV I have ever seen is now a man standing in his closet holding a jumper. Secret Forest works so well because it offers up only the smallest crumbs of emotion from its anhedonic lead character. Even when Si-mok and Yeo-jin are professionally opposed in the second season, she is still the only one who can make him smile, the only one he lets in.

And it’s done without the predictable and excessive romance arc that every story like this succumbs to. Despite the nature of its setup, it feels real because it’s not contrived to fit with audience expectations. Our leads have a special relationship but it is not a fairy tale.

I became very enamoured with this series and my disappointment in the lack of season 3 plans is palpable.

This one is here largely because I wanted to try a different kind of improvisation. Stylistically, it’s somewhere between video game music and Mozart’s third fantasy in D minor.

The game itself is all right. After completing my first Prisoner Efficiency run, I felt that I had seen more or less what it has to offer. I may have set out to complete the entire Rundown if it hadn’t depended on finding three other players with which to go through it. That’s one hell of a challenge in and of itself. 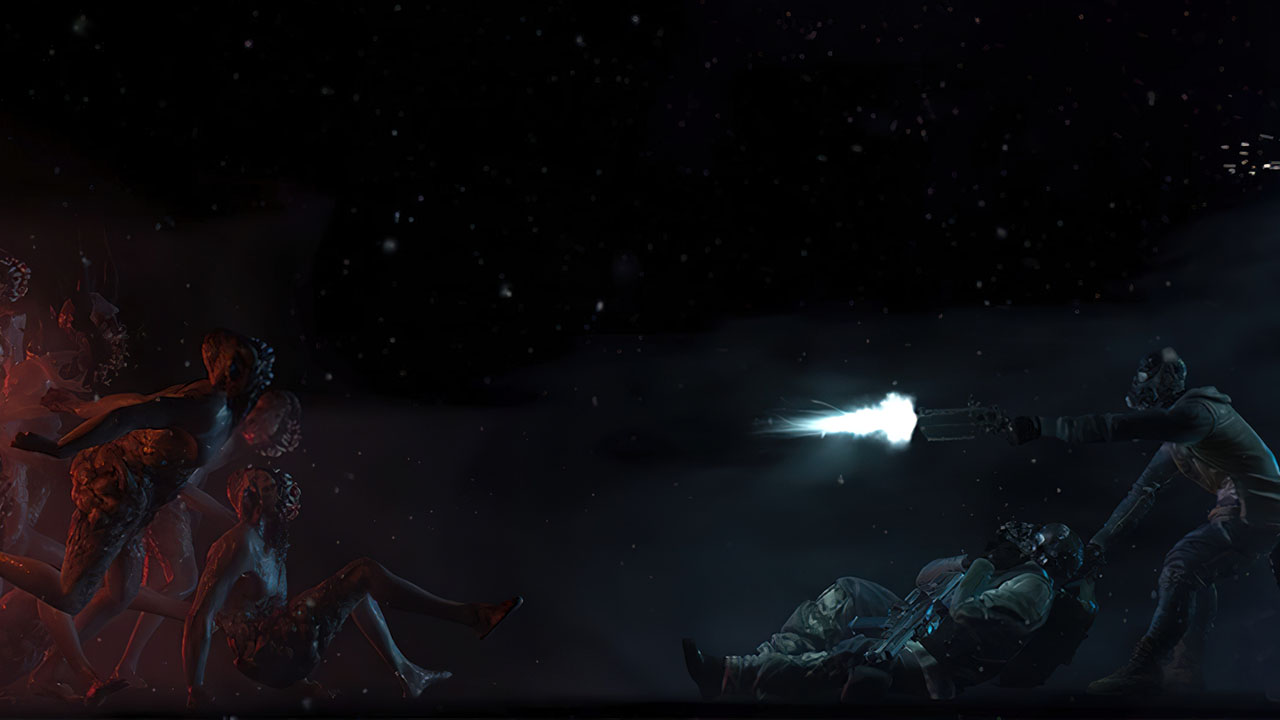 I’ve become less and less interested in the standard shooter affair over the years. It’s just not enough on its own any more. I want context, character progression and story. I’m satisfied enough with my ability to shoot and kill things for varyingly justifiable reasons as that experience hasn’t really changed in the last twenty years.

GTFO seems perfect for an elaborate upgrade system but it’s completely devoid of any kind of progression, save for a boring and unbalanced set of boosters. I understand a lot of players just want the shooting, though. Which means that this game just isn’t for me. But that’s okay. I got enough hours out of it for the price I paid.